Escape the urban sprawl of Phoenix with a visit to Quiessence on “the Farm” at South Mountain. This quaint culinary retreat offers pastoral serenity in the heart of the city. Explore this verdant agricultural oasis, before cozying up by the fireplace in Quiessence’s historic farmhouse. The menu changes seasonally to feature the freshest local Arizona foods, including those grown onsite. Quiessence serves Contemporary American Farm Cuisine with a conscience, choosing US suppliers with ethical environmental and humane practices. Whether savoring a romantic dinner or socializing at a special event, a trip to the Farm is sure to be an adventure.

Located on “the Farm” at South Mountain, Quiessence Restaurant and Wine Bar is nestled on a sprawling twelve-acre estate amidst the lush pecan trees of a once fruitful nut farm. Guests veer off of 32nd street onto a tiny, shaded dirt lane. The sight of a charming old farmhouse appears in the distance. Though refurbished to accommodate Quiesscence’s expanding clientele, much of the home’s original structure and rustic charm has been retained, giving guests the singular feeling of being personally welcomed into the owner’s dining room for a cozy evening by the hearth.

This warm wood and stone abode boasts an intimate wine bar and private dining area for small parties, in what was once a central bedroom of the house. Isabella’s Garden Room is another private indoor space with covered patio, where large groups can enjoy one of several prix fixe menus along with a fabulous view. Adventurous palates with plentiful pocketbooks may even opt for the special “Brick Oven Table” experience, during which the chef personally cooks an exclusive and unique meal for one party of two to four guests.

The word quiescence literally means tranquility and it is easy to see how this name is appropriate for the restaurant. The ambiance and “contemporary American farm cuisine” reflect a pastoral elegance and simplicity that immediately puts one in a quiet, contemplative mood. The natural beauty of the surrounding farm and easy grace of the historic architecture help to create an atmosphere that is supremely homey and relaxing. Even the staff seems somehow serene in the gentle bustle of mid-dinner service. One hostess was nice enough to give me a brief tour of the house. In a hushed tenor, she described its particular history with all the familiarity of a family member recounting her own ancestry.

While much of the magic at Quiessence is found in the tranquility of its lush gardens and preserved country farmhouse setting, a lively party can often be found on the patio of this quiet dwelling. The restaurant hosts many special events right on the property, often featuring live local music. I visited the farm during “Blues at the Q,” a night of great blues music from local legends Bob Corritore, Paris James, and Big Pete Pearson. Chatting with other diners at communal tables was a fun change of pace. Everyone sipped wine together under the stars, mulling over menus in the moonlight. The breezy October air wafted through the stately pecan trees as we listened to old blues classics crooned in a dulcet tone. Specials on Arizona food and wines are an extra perk when attending such events.

Like the music featured at Quiessence, food at the farm is mostly home grown. Maya Dailey owns and operates Maya’s at the Farm, providing Quiessence with a variety of organic produce, herbs, flowers, and eggs from right on the premises. In fact, Maya’s land is plentiful enough to supply food for the Downtown Phoenix Farmer’s Market and other Valley chefs as well. Her delicious and healthful products can also be enjoyed at the Morning Glory Café and The Farm Kitchen, two great options for a more casual breakfast or lunch experience at the farm. This is certainly the optimal setting for a sandwich basket served al fresco at quaint picnic tables on the lawn.

In keeping with the restaurant’s farm-to-table concept, Quiessence makes a lot of things in house that other restaurants would typically order from a specialty supplier. Bread is freshly made on the premises. The dough is carted outdoors to bake in a picturesque brick oven (a process which daytime guests can sometimes watch firsthand). Sous Chef Anthony Andiario brings his affinity for pasta making to Quiessence in such dishes as Hand Cut Tagiatelle with Brown Beech Mushrooms and Cream. One distinctly unique feature of the restaurant is its homemade charcuterie program.  A variety of salumi are cured in house and terrines are assembled right in the kitchen. These homemade delicacies can be savored alongside a very extensive menu of domestic artisan and farmstead cheeses.

Artesian Cheese Boards are simply presented as a palette of options to taste. Mine was an assortment of three cheeses, raw nuts, dried fruits, sliced Arizona apples, and crunchy crostini presented unadorned on stark white plates. By experimenting with various combinations, diners can compose their own little personalized symphonies of flavor. I was particularly keen on pairing the local apples with aged Brindisi Fontina. But, the real star of my cheese plate was an excellent, tangy Black Mesa Ranch feta from Snowflake.

While Maya’s produce is clearly a chief muse for the ever-changing seasonal menu at Quiessence, Chef Greg LaPrad and Sous Chef Anthony Andiario showcase a lot of other great Arizona foods in their dishes. They gather the very best of the state’s produce, meats, honey, jams, olive oil, and cheeses from a list of local purveyors that reads like a veritable “Who’s Who” of the Downtown Phoenix Farmer’s Market: Bob McClendon, One Windmill Farms, Power Ranches, Black Mesa Ranch, Bowie Vineyards, Queen Creek Olive Mill, Schnepf Farms, Briggs and Eggers Orchard, Freeman Farms, and Aravaipa Farms.

One frequent offering is a Rainbow Valley Farmer’s Cheese Gnocchi made with a wonderfully rustic, fresh farmer’s cheese from Maricopa. At “Blues at the Q,” I had the gnocchi in a mild cream sauce with fresh Arizona apples and sage. This gnocchi has a surprisingly dense texture from the use of the cheese. Crisp sweetness of autumn apples provided a much-needed contrast to the pool of simple sauce surrounding these tasty dumplings.

While the emphasis here is clearly placed on local eating, some out-of-state ingredients are used. Yet even imported domestic foods are often named by farm on the menu, to identify the superior quality of products. Quiessence seeks out US farmers, ranchers, and food artisans that adhere to the principles of sustainable agriculture and humane animal treatment, in an effort to promote health and environmental preservation. Quiessence is even a member of the Seafood Choices Alliance, an organization dedicated to the prevention of “over fishing” in the world’s natural aquatic habitats. In a land-locked desert like Phoenix, it is imperative to import fish. By flying whole fish in overnight and filleting them in house, Quiessence ensures the freshness of its seafood. In fact, Chef LaPrad prefers to purchase his entire supply of fresh meats whole, to ensure that every part of the animals is put to good use.

My main course featured BBQ Braised Arizona Beef on Warm Cornbread with Braised Farm Greens. The meat came attractively stacked in a sort of savory napoleon, with a thin layer of cornbread soaking up the jus at the bottom of the dish. Bold, earthy flavor from the fresh-cut local beef was a bit obscured by the saltiness of the BBQ sauce.

The Quiessence wine list contains a wide assortment of offerings from California, sprinkled with a few local and international wines. “Blues at the Q” night specifically focused on the bounty of Arizona, replete with an abbreviated menu of wines exclusively made within the state. The Arizona Stronghold “Mangus” red and Page Springs “Familia Blanca” white proved pleasant, drinkable options for savoring with a song. Arizona beers are also regularly available, including a few popular brews from the Four Peaks Brewing Co. in Tempe. A standard selection of classic American cocktails is complemented by a few inventive mixed drinks that are seasonally inspired.  A special list of after dinner drinks is also available to finish off the evening.

But after all the wine and music, I opted to end the night with a simple bowl of Warm Apple Pear Cobbler with Vanilla Bean Whipped Cream. This humble cobbler had a notably mellow flavor and soft consistency, reminiscent of something mother might have made. Not my mother, but perhaps America’s mother, replete with printed apron and nostalgic farmhouse charm.

Conceptually, Quiessence is unique in Arizona. This picturesque eatery coexists with an onsite organic farm and takes a domestic approach to eating akin to Alice Water’s at Chez Panisse. Invariably, you will find a brand new menu chockfull of local ingredients that might be unknown to even the savviest native Phoenician. As an avid cook who has lived in Arizona for 15 years, I was still surprised by the cornucopia of topnotch foods produced in our state. While Quiessence’s dishes vary greatly with the seasons, dinner here is always a lesson in local and ethical eating. In and beyond Arizona, the restaurant respectfully promotes the quality food of humane and eco-friendly US farmers, ranchers, and culinary artisans. So whatever you are eating, you can feel good about it! 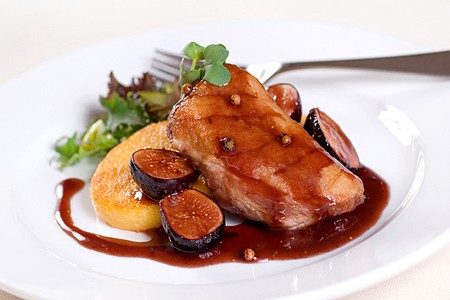 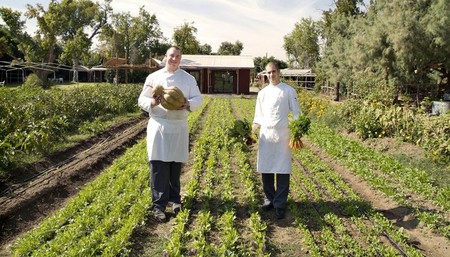 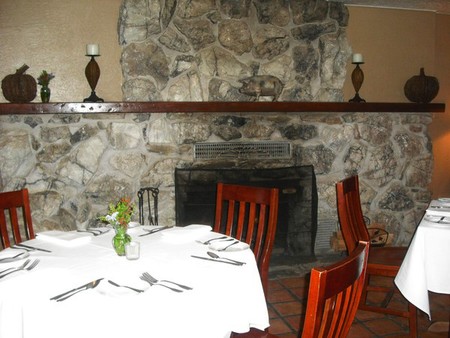 This is a sample menu. Offerings change constantly to reflect the seasonality of fresh, local ingredients.

Our Signature Tastes for the Table

We total 122 years in dining, and have, never, had this type of experience. This is it! Ambiance,service,timing,wine selection and the exceptional Chef Laprad! I'm sure he will be next on the James Beard Award list. Cheers, Helen Mulberry & Gord Watson