Walking into Vincent on Camelback, one has the impression of entering a French country home. The atmosphere is more French than southwestern, but Chef and Owner Vincent Guerithault finds a balance of the two aesthetics in his Southwest/French fusion cuisine. Vincent uses French cooking techniques and southwest ingredients to carve a unique niche in classic style. For example, the Corn Ravioli with White Truffle Oil has been one of his signature dishes since the restaurant opened in 1986. Whether choosing from the classic or nouveau menu, patrons enjoy the timeless evening Vincent’s creates highlighted by creative dining.

Vincent’s low ranch-style stucco building, on the northwest corner of 40th Street and Camelback Road, is well hidden by outdoor foliage that surrounds a few offices and strip malls. An almost imperceptible sign announces to the street, “Vincent Guerithault on Camelback,” but only the entry flanked by European colonnades and enormous flowerpots lets you know there may be a restaurant within. The small doorway opens to a softly lit intimate wooden bar with a few bar stools and a well-stocked lounge. Just beyond the small lounge is a waiting area with the pleasant comfortable feel of a French country home. To the right, large overstuffed couches and chairs allow customers to relax as if they are in Grandma’s living room. And to the left a baby grand piano awaits its player. The quiet atmosphere is decidedly French. Four separate dining rooms of various dimensions beckon diners: the Fountain Room has a large indoor European fountain with oversized urns and topiaries, and gives one the feel of dining Alfresco despite the wood beamed ceilings; the Stone Room has the atmosphere of a French wine cellar, with stone arched doors and windows; the larger East and Scholder Rooms contain more cleverly spaced tables and maintain the feel of intimate dining. Settings are elegant with floral country-style dinnerware.

In the ageless tradition of the French, the restaurant maintains an enormous selection of both red and white wines, and Vincent’s boasts over 650 bottles of predominantly French and California selections. The substantial wine pairings are designed to complement Chef Vincent’s French, Southwestern, and Fusion cuisine.  Excellent and varied selections of wines from around the world are also on the voluminous award winning wine list. Somehow, the incongruous country atmosphere, the French/southwestern food, and the impressive wine selections all come together to create a romantic evening.

Owner and Chef Vincent Guerithault garnered his culinary education in his native France where he honed his art at such renowned restaurants as L’Oustau de Baumaniere, Maxims, and Fauchon in Paris.  In 1986, Vincent opened “Vincent Guerithault on Camelback” in Phoenix, Arizona, and it remains there today.  Not long after beginning to receive national attention for his food, Vincent started experimenting with unfamiliar southwest ingredients like masa, chili peppers, corn, and cilantro. His own French expertise allowed him to meld Southwestern and Mexican flavors while remaining true to classic French cooking methods. Vincent is credited by food critics worldwide as developing and refining the fusion cuisine that is Southwest/French by using the bold local flavors of the Southwest, while creating dishes with technical French flair. For close to two decades Vincent has been showered with top cooking awards, commendations, and reviews in the US and abroad.  And in 2003, Vincent’s on Camelback was placed 24th on the list of the World's Top 50 Restaurants by British based Restaurant Magazine.

Once seated, we were cordially greeted by our waiter who offered us drinks, handed us menus, and gave us the rather thick list of wines. Throughout the evening I found the entire wait staff to be attentive and knowledgeable about every dish, without being overbearingstuffy, or haughty. The menu was carefully divided into two sections: “classic” and “nouveau” cuisine. Both sides of the menu offered starters, soup and salads, entrees, and desserts, and the courses were interchangeable from one side of the menu to the other. Shortly after placing our orders we were served what could be considered an amuse bouche because it was presented compliments of the chef, and was not on the menu. The dish differed from the norm in its quantity – the beautifully presented plate before us was anything but just a few small bites. It was almost the size of an entire entrée designed for us to share. Large and colorful, this smoked salmon quesadilla was a hint of things yet to come, and truly provided a showcase of the Chef’s expression of both French and Southwest cuisine. One can certainly not fault a chef who gives more than could have expected. The quesadilla was a warm, crispy tortilla with melted manchego cheese; it was covered with an ever-so-thin piece of lightly smoked salmon, and was topped with green onions. It was warm, cheesy, lightly salted, and smokey. The chef's offering melted in my mouth. Even my dinner companion, a definite skeptic of smoked fish, happily ate every bite.

Before long we were presented with a fresh-from-the-oven basket of Petite Croissants. These hot morsels of goodness were flaky on the outside, and moist and chewy on the inside. The Spicy Tomato and Lobster Bisque, off the “classic” menu, came in a generous portion. The exceptionally creamy, lightly red-colored soup was full of tomato flavor with subtle undertones of lobster aromas – a second note to the tongue, almost as an afterthought to the bisque, was the spicy definition described in the menu. The zing of pepper finished the taste. The Lentil Soup with Bacon from the “nouveau” menu was so thick and meaty with lentils and dark hearty stock that it almost had the consistency of a stew. The hint of bacon rounded out the flavor to satisfy our taste buds. So generous were our soup choices that, combined with the petite croissants, this course could have been a meal (or hearty lunch) of its own.

The main course arrived as if perfectly timed to our table’s evening tempo. The Grilled Rack of Lamb with thyme, rosemary, garlic, and spicy pepper jelly held hints of all the lovely spices exactly as described on the menu. Seven generous chops rested on a whole large clove of roasted garlic served over a traditional French red-wine sauce. Although  the spicy pepper jelly was a beautifully presented nod to the southwest, I was pleased to see the jelly served on the side as the brightly colored and candied peppers seemed to have a sweet spiciness all their own and did not necessarily mix well with the perfectly seasoned  thyme, wine, and garlic of the grilled lamb. The Lamb was accompanied by asparagus and the “House Potato.” Vincent’s House potato is his version of the classic French “Gratin Dauphinois.” Although known in America as “scalloped potatoes,” that ubiquitous version of potato cannot begin to describe the elevated heights to which Vincent carries his dish. His thinly sliced potatoes are heavenly, indeed: they are baked in crème, crème cheese (lots and lots of it), with a pinch of seasoning, and are lightly finished with a golden brown upper crust. It is not an exaggeration to describe them as the most superbly prepared potatoes I have ever tasted.

Finding room for Dessert was difficult, but could not be overlooked. The Pear Tarte was very light and arrived with in-house prepared vanilla ice cream. Also, the Jack Daniels Pecan Pie with “Jack Daniels” Ice Cream is a restaurant favorite. The pie had a lovely flaky crust, and the pecans -- not overly sweet, yet toasty and crunchy -- along with the Jack Daniels flavoring, came through in the accompanying sauce served atop the pie and ice cream.  Wait, were we finished with this lovely meal? Apparently not, as our waiter promised more to come. I learned that generally speaking, Chef Guerithault does not allow anyone to depart without receiving a small piece of hot, Molten Lava Chocolate Cake. I thought I was too full to eat another bite, and yet the molten dark chocolate dusted ever so slightly with powdered sugar was truly the piece de resistance. It had a gooey, chocolaty, melt-in-your-mouth goodness.  Vincent truly loves his desserts and wants to know what his patrons think of them too. Let me be one to say, I would love to return repeatedly, not only for the lovely meal but also for the chef’s divine molten chocolate cake.

Vincent’s refined fusion cuisine is not all that this Chef is famous for.  For over eighteen years, the Chef/owner has operated the Saturday Camelback Market. The market is something of a local legend and a beloved Saturday destination. People flock to the morning market for his crepes, warm pastries and sandwiches. Vincent recently added a wood-burning pizza oven; and the restaurant's signature items, dressings, pastas, and pestos are available for sale. Vendors also sell fresh produce and homemade jams. The atmosphere is reminiscent of the type of French market that can be found down many a Parisian side street. The market is held in the parking lot of, and behind, the main restaurant. (It is open from October through Mid-May of each year)

Directly to the rear of the main restaurant is a carved out room in the back of the building. The small cozy room filled with colorful tablecloths and chalkboard specials is Vincent’s Market Bistro. The bistro/café seems a natural addition to the restaurant and the Saturday Camelback Market. Along with Vincent’s delightful croissants, he serves French pastries and espresso drinks, as well as made-to-order omelets for Breakfast. Salads, soups, and Panini’s are on the lunch menu, plus an array of daily French specials, including at least one beef, one fish, and one chicken entrée. The heavenly Gratin Dauphinois, or “House Potato,” is often served as an accompaniment to the specials.  The specials are all around ten dollars. The petite bistro patio is filled with flowerpots and boasts a cozy atmosphere. Remember the delightful Smoked Salmon Quesadilla? It can be found as a regular starter item on the Bistro dinner menu, but could easily be consumed as an entrée. Dessert and coffee are always available. The small bistro is open Tuesday thru Friday from 7a.m.-8 p.m. An ala carte Brunch menu is served on Saturdays.  Weekend hours are from 7 a.m.-2 p.m.

As a side note, take-out pizza from the wood-fired pizza oven is available behind the main restaurant. Referred to as “Vincent’s Back Door,” pizzas are available weekdays from 5–8 p.m., and during the Saturday Market. 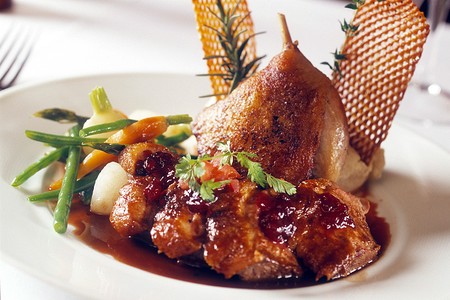 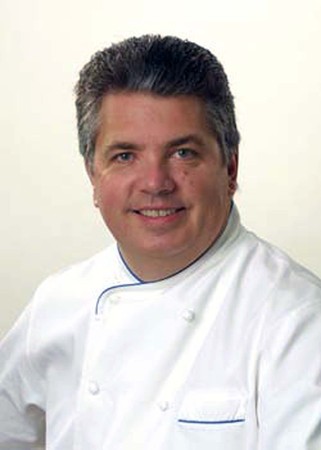 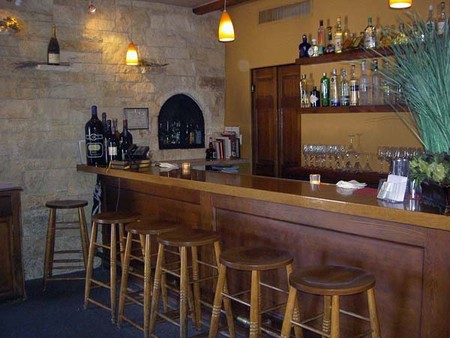 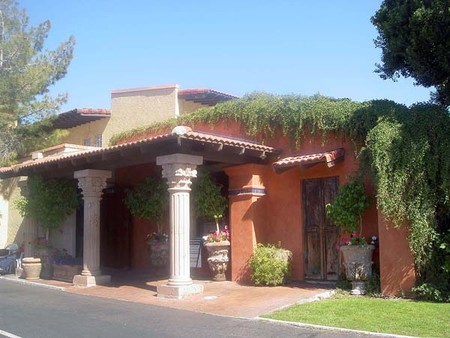 Food was excellent. Is nice to have a classic French Restaurant with a Twist.

A Night to Remember

We had just been to see the Phoenix Ballet's Nutcracker which was really great and afterwards we dined at Vincent's on Camelback which was our first experience. Everything was outstanding and we had a most memorable experience.

This resturants customer service is the best I have ever experienced!

I was very excited to go on our anniversary dinner to Vincent's, but left very disappointed. The service was abysmal. The wait staff was more interested in a local caterer and her spouse than any other patron in the restaurant. We waited an average of 12 minutes to get our water glasses refilled (I timed it) and it took about 40 minutes from the time we ordered to get our entree. The waiter even forgot my wife's salad. The food looked good, but was extremely bland. It was as if the chef forgot to use any spices at all. We had the scallops as an appetizer... very tender, but the sause was tasteless and lacking. Same with our meals (wild boar and sweet breads). It was my wife's second time at Vincent's and she kept telling me "this isn't like them." From my experience, I will not go back. Last year we enjoyed our anniversary dinner at the Capital Grill and it was outstanding in every fashion. I wish I could have a "do-over" so I could take my wife there.